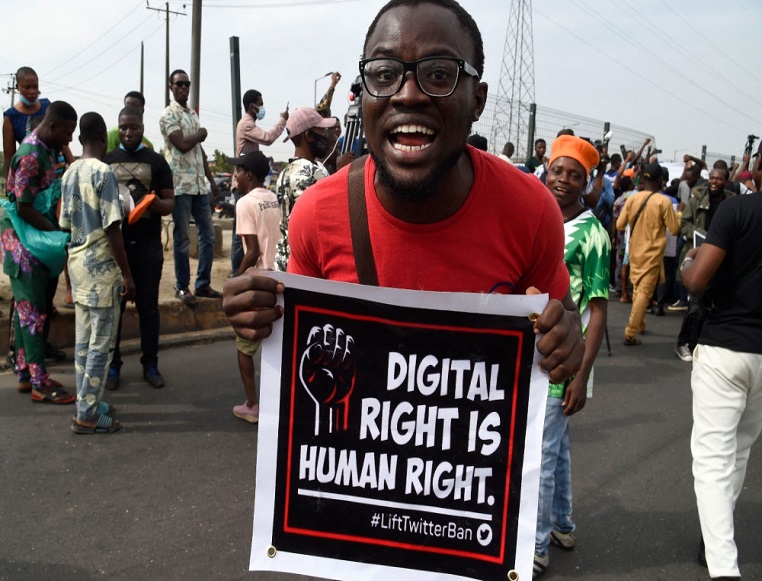 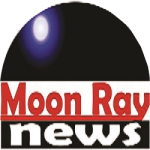 When the federal government of Nigeria banned Twitter on June 4, it gave no thought to the importance of the platform. All that mattered was the bruised ego of President Muhammadu Buhari, who felt insulted because his tweet—in which he had threatened to “treat those misbehaving today in a language they understand”—was deleted for violating Twitter’s policy and his account temporarily suspended.

But millions of Nigerians, especially young people, rely on social media platforms. They’re trying to use tech and social media to solve local problems in Nigeria, from entertainment to health to fin-tech. In 2019, there were about 24.59 million social network users in Nigeria, a figure projected to grow to 44.63 million users in 2025 as more and more users are able to access the internet and others begin to understand the role that social media plays in business, job creation, advocacy, and politics.

In April, Twitter announced that it was setting up operations in Ghana. In the statement announcing their decision, the company stated that Ghana is a supporter of free speech, online freedom, and open internet. The move itself was unsurprising. During the #EndSARS protests against police brutality, oppression, and extrajudicial arrests and killings which were held across various states in Nigeria and the diaspora in October 2020, Twitter amplified the hashtag, which quickly gained traction and trended across multiple countries, with CEO Jack Dorsey sharing donation links to funding the protests across Nigeria. This, afterwards, prompted a discourse on regulating social media by Lai Mohammed—Nigeria’s minister of information and culture—and some northern governors.

Twitter has been at the forefront of the Nigerian social media revolution. It has a large number of young users, unhindered from airing their opinions. It was especially critical in organizing and crowd funding for the #EndSARS protests in October 2020. That may be why the government was quick to impose a ban on the slightest provocation.

You can support Foreign Policy by becoming a subscriber.

In a recent interview, Buhari was reminded that Nigeria is losing foreign direct investment to neighbors like Ghana. The president was asked what his administration—with two years to go—can do to make the country a more competitive and attractive destination for foreign direct investment. The president started by saying, “This question was answered when there was this #EndSARS. You remember the young people who wanted to march there and remove me?” The implication that the main threat to the country was a threat to him personally speaks volumes.

For young Nigerians, Twitter is not just a platform for organizing or calling out bad governance and stifling policies. Twitter has revolutionized business in Nigeria—from customer service to job creation facilitating the ease of doing business—a campaign promise of the Buhari administration itself.

Many small business owners in Nigeria operate on Twitter, either through targeted ads or organic engagement. In a country which ranks second in global unemployment, with an estimated 13 million young unemployed people, methods such as these are literal means of sustenance and livelihood.

“The Twitter ban is certainly taking a toll on e-commerce, and is making things even harder for many young Nigerians who have leveraged technology for their economic empowerment in significant ways.” says Fareeda Abdulkareem, a McHenry Fellow at Georgetown University. She said that the ban reflects a clear trend of the government making attempts to heavily regulate sectors that are central to the country’s digital economy. Tech, she says, is now responsible for contributing to more than 10 percent of the country’s GDP.

The Twitter ban sends a clear message: This is not a safe country for foreign investments. It worsens Nigeria’s reputation as an increasingly volatile political environment, which Nigeria is proving to be. Investors will simply choose Nigeria’s neighbor Ghana, as Twitter has done, or South Africa’s relatively stable economy.

“Foreign investors always pay critical attention to the policy leanings of governments prior to making an investment,” says Chidi Odoemenam, a Nigerian corporate lawyer, “These policies drive macroeconomics variables such as inflation, exchange rate, political stability, fiscal deficit, unemployment, etc., and these variables ultimately affect the general performance of an economy and the ability of businesses to thrive.”

Nigeria’s Twitter Ban Has a Lesson for Big Tech

Nigeria has tried to diversify its economy away from dependence on oil in recent years, and tech should be a key part of that. The country is projected to become Africa’s largest tech hub—and yet the Nigerian government continues to place restrictive policies that discourage growth and threaten what would otherwise be a successful transformation.

In January 2020, for instance, the Lagos state government announced a sudden ban on okada (motorcycle taxis) and tricycles. Bike-hailing services within the city were victims, although start-ups like Gokada and ORide had raised funding in millions of dollars from international investors who had bought into the idea that Lagos was a rapidly growing investment hub.

“International investors are looking closely at Nigeria because it is a very attractive investment hub,” says Kunle, a tech enthusiast who asked to use a pseudonym due to his company’s press policies, citing Nigeria’s fintech company Flutterwave, which recently secured $170 million from international investors after a Series C round and is currently valued at over $1 billion, “But these investors are also looking at government policies.”

Kunle says that one of the bigger impacts of the Twitter ban could be difficulty in accessing funding for Nigerian tech start-ups. “The Twitter ban demonstrates two things: That the rule of law is very weak in Nigeria; and that no business is safe as you are one government policy away from your business being denigrated. We’ve seen it happen with cryptocurrency.”

“The ban sends a message of regulatory uncertainty and executive rascality to investors; two factors that discourage investors from making investment decisions. With Nigerians and Nigerian businesses still recovering from the effects of the COVID-19 pandemic on the economy, this ban will further stifle the operation of many businesses that rely heavily on digital media for information exchange, marketing, customer service, and remote work,” Odoemenam says.

“The ban on Twitter affects customers as much as it affects vendors and companies,” says Vera, a customer service representative in a Nigerian bank who also asked to use a pseudonym. “In keeping with the COVID restrictions, customers have to wait for a longer period of time before accessing in-bank services. But for lots of social media users, tweeting at a bank does the trick. With this option being cut off, customers would have to tailor their complaints through other channels, and this means that those channels are going to get swamped, leading to a longer wait time.”

With its ban on Twitter, Nigeria joins China, Iran, and North Korea. China can afford to shut out foreign services thanks to the scale of its own domestic internet. North Korea is an economic disaster zone, and Iran is deeply unstable. Wanting to get on that list, as a mid-sized developing economy, is a disastrous move.

“Nigeria’s ban on Twitter fails to appreciate its current economic situation,” says Odoemenam. “With the state of its economy, Nigeria should be prioritizing policies that would drive economic recovery and not on internet firewalls to stifle free speech. We are a third-world economy battling with high levels of insecurity, youth unemployment, a dwindling economy, and political instability. Our realities are completely different from a country like China.” 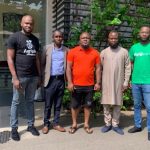 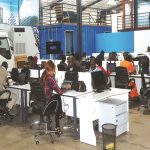 Daily someday is not a day of the week.